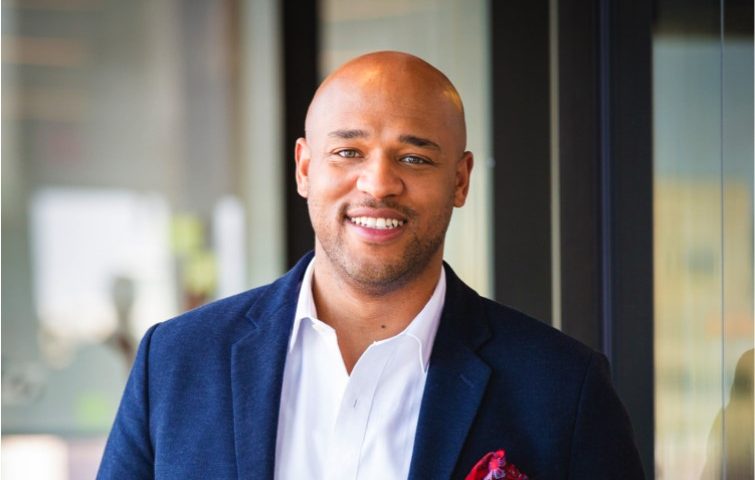 This week the Business Builders brought in Calvin Cooper to get us back on track after last week’s Halloween Kickoff! He is the founder and CEO of Rhove, a company that plans to transform the homeowner experience forever through the concept of a loyalty rewards program for the biggest expense in your life, your home. Calvin started off this meeting with an inside look at his story and his why. He then opened the floor to questions with an Ask Me Anything styled format. What you see below is the contents of his meeting. Go indulge people.

Calvin Cooper worked in the venture capital world for the past 5 years of his life. He was content with where he was at, had a steady income, and was good at what he did. He had no intention of leaving, but the only problem was that he was a natural born entrepreneur. He loved to solve problems and there was one problem in particular that Calvin became obsessed with. It was a problem with the housing industry. Some entrepreneurs start companies because they want to make money or because they have a good product. What Calvin believes is that the best companies breed from the obsession of a problem. You don’t start a company to deliver a product, you start a company to solve a problem, and that is exactly what Calvin set out to do.

In America the current generation is projected to spend $200,000 on rent over their respective lifetime. Calvin being the math nerd he is, stumbled upon this stat last year when he calculated how much he’s spent on rent over the past 10 years. The problem for Calvin (and many Americans today) was that buying a permanent place was just not worth the investment because he wasn’t going to be in the same place for a long enough period of time. With the only other option being semi-permanent living, it seemed there was nothing he could do. The issue that Calvin chose to address was the issue of not receiving anything in return when renting a home. You put all of this money into your living space throughout your life and unlike a house, get nothing in return at the end of it all. Couple that with rising housing prices with no adjustment of wages and you’re shit out of luck. This dilemma makes saving for the things that matter to you seem impossible, so Calvin decided to do something about it.

His belief was that people should be able to have a renting experience that is financially rewarding. People should be able to accumulate savings generated from their rent payments and ultimately have fractional ownership of the place where they live. The best thing about this problem that Calvin addressed was that people were drawn to it. There was such a hole in the renter’s market that landlords and rental companies were practically begging Calvin to address this problem. The reason being mainly due to owners constantly struggling to retain their tenants and losing tons of money off of high turnover rates. After meeting with Brett Kaufman, and being offered $100,000 on the spot, Calvin decided to go against his logic and pursue the company head on, declaring himself as the CEO. His passion for the problem was too large to pass the issue onto someone else, so he decided to buckle in and quit his high quality venture capital job.

Once Calvin went all in, him and his team of software engineers started to build a product. They released a mobile app that took them 3 months to develop and are now prevalent in several companies throughout the Columbus area. What the app does is enable people to save money on their monthly rent by offering 2.5% cashback into a users Rhove account. This allows users to accumulate wealth overtime rather than acquire nothing. What Rhove strives to accomplish is to not only give savings back to its users, but to allow users to accumulate wealth as they live in a semi-permanent home that could eventually be put towards a down payment on a permanent home.

Rhove has successfully turned a lose-lose situation into a win-win situation and plans to continue to redefine the way people pay for housing. Not only does Rhove help retain tenants, but they market the properties that tenants end up buying as well. There are no exceptions, only rewards. At the heart of it all, Rhove’s true north star is the customer. So next time you're looking for a place to live, see if the company you’re looking through has a partnership with Rhove. You just might end up saving some serious dough.