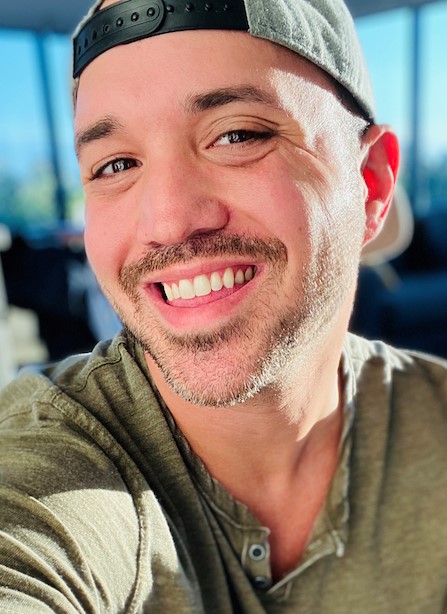 This week, to get back on the right track after fall break, the Business Builders brought in a certified badass. Jeff Schumann is the CEO of Aware, has worked for the CIA to help fight the war on terroism, and of course is a graduate of The Ohio State University among other things. Aware is a cloud security software that monitors a company's internal communication platforms to keep an eye out for any illegalities at play. Jeff has had quite an interesting and exciting life, so for this meeting he decided to share with us just that. What you see below is some of Jeff’s most significant life achievements all the way from his teenage years till the present. Buckle up and enjoy the ride.

During Jeff’s first two years of college, before he was deep into the business world, he was a professional gamer for Ohio State. He played Counter-Strike competitively, which is ironically a game that revolves around a team of terrorists and a team of counter-terrorists. It was before the eSports era, and the organization he was a part of was called the Cyberathlete Professional League. They hosted a variety of events and tournaments and even hosted the first LAN party at Ohio State, but ended up blowing the power out in the dorm they hosted it in. Although Jeff regrets not being more social during those first two years of college, what the CPL did do was introduce him to a number of people in the gaming community and taught him lessons of leadership that he would eventually apply to his own life later down the line.

Another fascinating aspect of Jeff’s life was his involvement with the hit TV show, Big Brother. When Jeff was 15 years old he had his fist introduction to software through the show, Big Brother. Big Brother originally aired in July of 2000 and everyone who wanted to watch this show on their computer used this software called RealPlayer. What Jeff did was build a software that would allow users to watch the show on their desktop computer without any of the ads that RealPlayer users had to deal with. Unaware of the market when he first created it, Jeff’s original intention was using it for himself, but what he soon found out was that tens of thousands of stay at home moms were using his software every day. Not only were they using his software, but they were willing to pay him $1.99 to gain access to it. This radical business that Jeff had created ended up paying for his college tuition and exposing him to the business world.

Later down the line when he was 20 years old, he received an acquisition offer from CBS who wanted to essentially wipe it off the face of the Earth. Sitting in his dorm at Siebert Hall, CBS approached him and offered to buy his software in order to eliminate him from the market. Jeff was smart enough to recognize that being paid to destroy his software was odd and alarming so he slept on it and sought out the advice of his parents. Fortunately, Jeff took the advice of his parents and got a lawyer before deciding to sell. What he found out was that people were using Jeff’s software to record Big Brother episodes and upload them to YouTube. This was a violation of copyright law, so CBS’s plan was to eliminate Jeff’s software from the market to determine if it was the source of the videos, and then sue Jeff for every video that had been illegally uploaded from the past 5 years. His lawyer advised him to run from the acquisition. Instead, Jeff open-sourced it to the internet for everyone to use. Problem solved.

Helping the War on Terror

Tracking terrorism was a big part of Jeff’s life for a number of years because of 9/11. He grew up just outside of New York City, so when the attacks of September 11th took place, Jeff was motivated to help. He knew his way around the internet better than most people and often found himself in places he shouldn’t be, so he asked himself how he could use his knowledge of software and the dark web to help fight the war on terror. What he ended up doing was creating an intelligence service that would intercept Al-Qaeda messages being shared on the internet and translate and re-post them for the American public to read everyday. Before long, the CIA approached Jeff with an offer to work together. The CIA knew that Al-Qaeda was coming to Jeff’s site and becoming frustrated with what he was doing, so the CIA proposed that every time Jeff receives messages that need translated, he can send them to the CIA and a translator will translate it for him; in return, Jeff must post the content that they give him, helping him drive up his user base, gain ad money, etc.. What Jeff later understood, as he continued to work with the CIA, was that some of the content the CIA was giving him was fake, and because Al-Qaeda would see this fake content on Jeff’s site, they would believe one of their Al-Qaedan brothers was a traitor or think that a brother was talking down on another brother. It was this psychological warfare that would cause an implosion of the Al-Qaeda community and ultimately result in them killing each other.

This lasted for about 6 years, until one day Jeff logged in to see a waving black jihadist flag floating on his screen. The entire server had been hacked. He had made the stupid error of using shared web-hosting, so when Al-Qaeda hacked into his server, they got access to all of his personal accounts and sent threatening emails to him and his family. So with the request of his scared parents, he stopped his fight against terrorism and decided to pursue other hobbies.

While at Ohio State, one night at a bar, a VP of Nationwide overheard a conversation about technology Jeff was having with a buddy and he got asked to come in for an interview. Being an entrepreneur, the enterprise world did not appeal to Jeff, but he ended up giving it a shot due to the compelling position. Jeff was able to lead all collaboration efforts and work on new technology inside the company for almost 7 years.

In good entrepreneurial fashion, however, he never stopped working on things on the side. What he learned working at Nationwide was that there was a wide open market that no one was focusing on. When everyone's businesses focus on the consumer market, it is extremely hard to generate revenue, and what people fail to realize is that there are not many businesses focused on the enterprise market, and it is full of money.

What frustrated Jeff was the amount of mediocre software that he would buy for Nationwide and never be content with. Bad software after bad software, he eventually decided to make one himself. The problem he wanted to address was security within a company's communication platforms. Jeff would constantly try and push initiatives for Slack and other similar messaging platforms, but would always be shut down by HR due to the potential for harassment and illegalities. Because of this, he decided to create a platform that would monitor those fears and allow companies to embrace these beneficial tools in the working world.

Amid Jeff starting Aware on the side while continuing to work at Nationwide, another intriguing opportunity came into his life. He was getting Aware off the ground and had been working with his co-founders for about 6 months, when he received an intriguing email from Facebook. They wanted Jeff to fly out, share his opinion on a matter of things, and hopefully by the end of it, get a job offer. So without much information, Jeff flew out to Menlo Park for a round of interviews that Facebook calls the loop. Without even knowing what he was interviewing for, they conducted Jeff through 12 interviews over an 8 hour time span. They asked him extremely specific and difficult questions in front of a whiteboard with the hopes that his answer would display the proper thought process and critical thinking that Facebook was looking for. After the rigorous process was complete, he flew back to Ohio and, coincidentally enough, received a job offer the next day. But they wouldn’t tell him the position. All they would tell him is that they just wanted him to be really excited to work at Facebook. Jeff didn’t like the idea of leaving everything he had in Ohio for some position he knew nothing about so he wouldn't accept the offer. The next day he got an email from Mark Zuckerberg. They emailed back and forth and agreed that they would have a phone call later that night about the position.

That night Jeff finally learned what exactly this position he was being recruited for would be. Facebook was essentially entering the enterprise world and building an enterprise product. No longer focused on only the consumer, they were looking for a person (Jeff) to lead the entire enterprise division of Facebook. After a week of hanging upside down on his couch, wondering what the hell he should do with this amazing opportunity, he decided to turn down the offer. What made this such a tough call was Aware. He couldn’t look his founders in the eyes and tell them he was going to abandon a years worth of work to go work at Facebook. He was determined to give it a shot. The stress was over. . .for about a day.

The next day they doubled the entire offer. There are a number of things that drives ones decision making including fame, family, fortune, friends, and so on. Facebook was testing fortune. They wanted to see if money would really change Jeff’s mind. Well into the seven figures, Jeff’s values were truly tested. Was he really going to walk away from everything he had going with Aware? With the help of a handy dandy pros and cons list, Jeff predicted his alternate futures and boiled down to a decision. He stayed with Aware and turned Facebook down not once, but twice. What Jeff learned from this was that when you choose to go down a certain path that you are passionate about, you are naturally going to do everything you can to optimize that path along the way and bring about success.