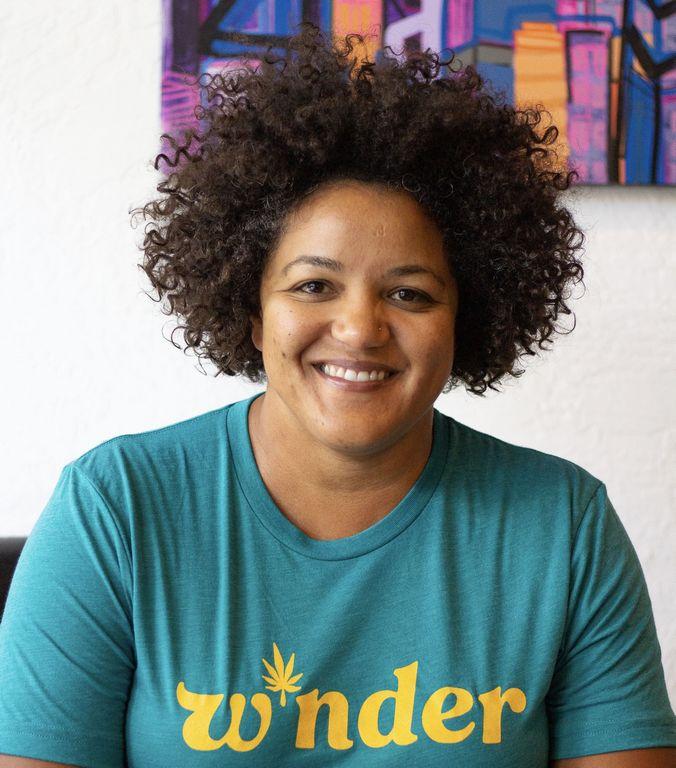 "I am unemployable" is a phrase that Tanisha Robinson (who prefers to go by T) repeated several times throughout her talk to Business Builders Club on February 25th. T is an early stage startup founder, and she owns it. T's incredible self-awareness is one of the first things you notice about her, especially since it's a quality so many aspire to obtain.

T has quite an impressive resume. She has traveled the world, founded several successful businesses, and served as the CEO of BrewDog USA. Before all that, T got her start washing dishes. She washed dishes and listened to audio books in order to maximize the value of her time. These audio books inspired her and influenced her career. One book that she finds particularly noteworthy is "The Blue Ocean Strategy" which emphasizes the importance of innovating and creating competitive advantages. And she did just that.

T loves creating. That's why she defines herself as an early stage startup founder, not an employee. Her career has been built upon solving problems with innovative and differentiated solutions. T got her start by scaling an affiliate marketing portfolio, which she eventually sold. She then founded a coupon business that raised money for charity while increasing business at restaurants on slow days. She then founded Print Syndicate, an on demand apparel company targeted towards niche online social groups. There are a plethora of businesses in the apparel space, but she differentiated by hiring her own designers to create the content for the apparel, a business model that is now regularly being mimicked.

At this point, T was ready for a new challenge. She became CEO of BrewDog USA, a brewery and pub chain based in Scotland. At first, she was resistant to work for a big business, but the opportunity to bring BrewDog to America convinced her. Opening a series of breweries in America proved to be a tall task because of the stiff competition and over saturation. BrewDog USA struggled upon entering the US market and lost around 1 million dollars per month. However, T innovated the brewery concept by utilizing the experience economy. She created an experience like no other brewery. BrewDog's are places that one can spend hours drinking and eating. She even opened hotels with themed rooms on the second floor of BrewDogs called BrewHouses, a concept that differentiated BrewDog and brought tremendous success to the brand. T was then promoted to a global role, Chief Disruption Officer.

Although T found success in the beer industry, she wanted a new challenge. Backed by her colleagues at BrewDog, she started a CBD drink business, called W*onder (pronounced Wonder). CBD is an emerging industry, and she believes she can capitalize on the relatively untapped Midwest market. W*nder is a flavored sparking beverage sold in colorful cans. W*nder is available online and currently sold in 4 flavors. W*nder's strategy revolves around transparency and CBD education. Considering T's track record, W*nder is set up for success so make sure to follow her journey!

In addition to sharing her experiences, T shared these key takeaways that she's learned as an entrepreneur:

•It's difficult to be a minority founder, but definitely not impossible. T has had to overcome significant adversity but she's extremely persistent. She consistently proves people wrong after they explicitly tell her she doesn't have what it takes to succeed as a black female entrepreneur. She uses other's doubts and preconceived notions as her motivation.

•Less than 50 black female entrepreneurs have raised over 1 million dollars for their business. Considering how much venture capital money is out there, that number is appallingly low. The same underrepresentation is true among CEOs and executives. It's time for the stigma to be abandoned and for people to start making decisions based on ideas, not gender, ethnicity, or background.

•Innovation is different from invention. New ideas aren't always inventions, they can be improvements and combinations of existing ideas. For example, T combined AirB&B and breweries in order to create the Brew House.

•Focus on people. T's critique of some philanthropy awards is that they are often given to people who mistreat their own employees. T treats all of her employees with equal respect and is always empathetic because if you put good into the world, you are bound to get good in return.

•Travel the world. T has lived in the UK, France, and Syria and has traveled all over the Middle East and Mediterranean in order to broaden her horizon and learn from new experiences.

T's presentation was moving, empowering, and inspiring, so make sure to come out to our weekly Tuesday meetings so you don't miss out!